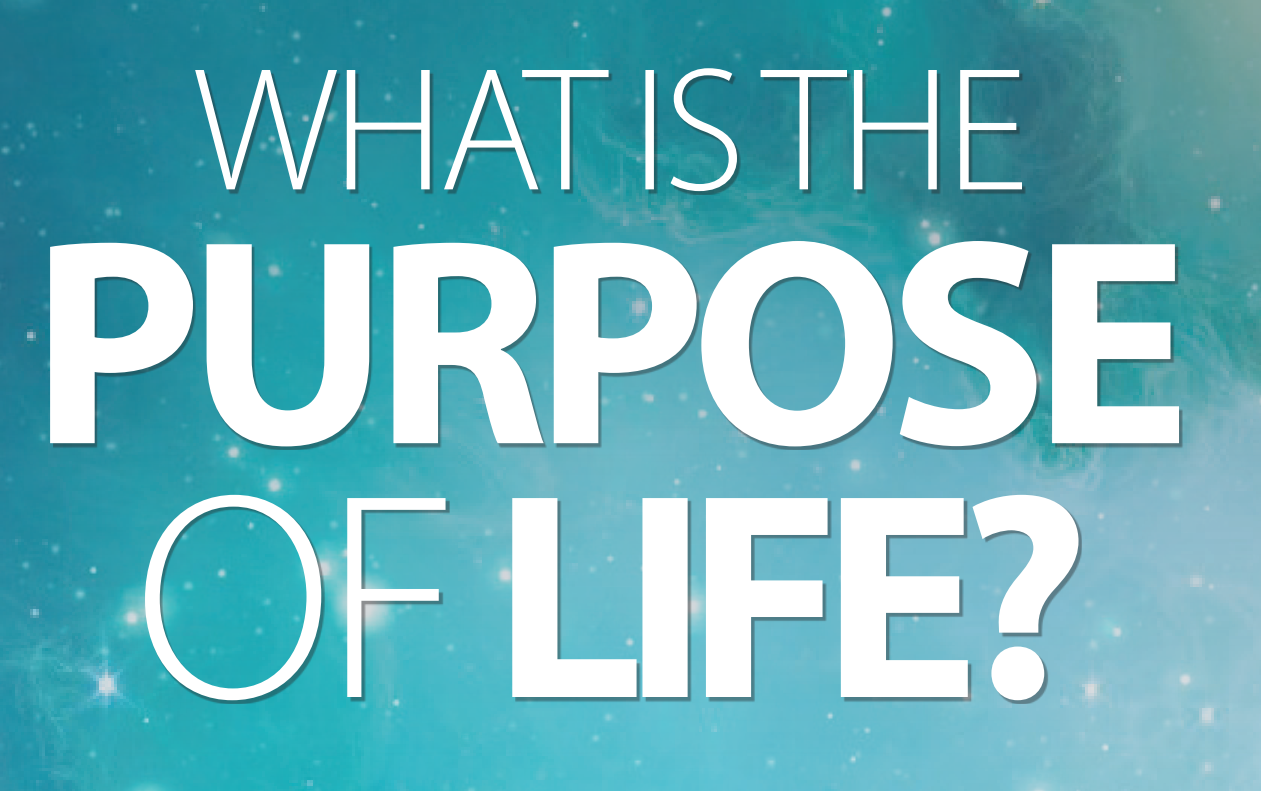 Where did I come from? Why am I here? Where am I going? One of the first questions that comes to mind when considering our purpose of life is, “where did we come from?” Are we here based on random natural coincidences or is there a higher intelligent being, a creator? Acknowledging the existence of a creator is the first step in understanding our true purpose in life. There are many logical and rational reasons for believing in a creator. Three reasons are briefly mentioned below.

1. Beginning of the Universe

The first evidence that points to the existence of God relates to understanding the origin of the universe. Imagine walking in a desert and finding a watch. We know a watch consists of glass, plastic and metal. Glass comes from sand, plastic from oil, and metal extracted from the ground – all these components are found in the desert. Would you believe that the watch formed itself? That the Sun shone, the wind blew, lightning struck, the oil bubbled to the surface and mixed with the sand and metal, and over millions of years the watch came together by random or natural coincidences?

Some may ask, “Who created God”? God, the Creator, is different to His creation. God is eternal, has always existed and has no beginning; therefore the question of who created God is irrational.
Human experience and simple logic tells us that something that has a beginning does not simply come from nothing, nor can something create itself. Therefore, the most rational explanation is that a higher “being” created the universe. This “being” must be powerful and intelligent as it brought the whole universe into existence and created the ‘laws of science’ which govern it. We can also reason that this “being” is timeless and spaceless, because time, space and matter began at the creation of the universe. All of these attributes make up the basic concept of God, the creator of the universe. This is in perfect agreement with modern science which concludes that the universe is finite and has a beginning.

2. Perfection of the Universe

The second evidence that points to the existence of an intelligent creator is the order and perfect balance of our complex universe. Many features in the universe clearly indicate it to be specially designed to support life, such as the earth’s distance from the sun, the thickness of the earth’s crust, the speed at which the earth revolves, the percentage of oxygen in the atmosphere, and even the earth’s tilt. If these measurements were slightly different to what they currently are, life could not exist.

In the same way that a watch has an intelligent maker to keep accurate time, so too must the earth have an intelligent maker to keep accurate time around the sun. Could this occur by itself?
When we see the order, precise laws and systems within ourselves and throughout the universe, is it not rational they have an organiser? This ‘organiser’ is best explained by the existence of God – the one who brought about this order.

The third evidence that points to the existence of God is the actual revelation that God has sent to humankind as a sign of His existence. There are clear signs that the book of Islam, the Quran, is the word of God. Below is a brief summary of reasons that support this claim. The Quran:

The most rational explanation for the many unique and miraculous aspects of the Quran is that it is from God.

Upon acknowledging that we have been created by the All-Wise Creator, we would expect to be informed of our purpose. How can we know what God expects from us? Do we live in trial and error, or make our own purpose? Do we “go with the flow” by following others? No. God sent Prophets and revelation to inform us of our purpose.

God sent thousands of Prophets, at least one to every nation, with the same message: To worship God alone and to follow His guidance. They included Adam, Noah, Abraham, Moses, Jesus and Muhammad (peace be upon them all).

Prophet Muhammad (peace be upon him), the last in the chain of Prophets, was the perfect example of an honest, just, compassionate and brave human being. He was sent with the final revelation from God, the Quran, to demonstrate how its teachings should be applied.

The Quran is a book of guidance and explains many concepts such as the purpose of our existence; who God is; the actions liked and disliked by God; the stories of the Prophets and their lessons; accounts of Heaven, Hell, and the Day of Judgement. It aims to clarify misunderstandings about the nature of God, such as clarifying the nature and role of Jesus compared to the nature of God. Jesus, like all the other Prophets, performed miracles and called to the worship of The One true God (Quran 19:36).

The Nature of Jesus

When trying to understand the concept of God in Islam, it is important to discuss the status of Jesus, given the widespread confusion and claims about his nature.

Some Christians claim that “Jesus is God” or part of a trinity – that is, he is the incarnation of God on earth and that God took on a human form. However, according to the Bible, Jesus was born, ate, slept, prayed and had limited knowledge – all attributes not befitting God. God has attributes of perfection whereas Man is the opposite. So how can anything be two complete opposites both at the same time? This is not rational.

However, some may ask, “If God can do anything, why can’t he become a man?” By definition, God does not do ungodly acts, so if God became man and took on human attributes, he would, necessarily, no longer be God.

Some Christians claim that “Jesus is the Son of God.” We should ask ourselves, what does this actually mean? Surely God is far removed from having a physical and literal son. Rather, we find that the term “Son of God” is symbolically used in the earliest biblical languages for a “righteous person”. It is used throughout the Old Testament for many righteous people such as David, Solomon and Israel – not exclusively for Jesus, “…Israel is my firstborn son,” (Exodus 4:22) is one such example.

“It is not befitting for Allah to take a son; He is perfect and flawless!”

The Islamic belief about Jesus explains who the real Jesus was, whilst maintaining the pure belief about God and His complete Greatness, Uniqueness and Perfection. Jesus was as an honourable Prophet sent by God to call to the worship of God alone.

Everyone would acknowledge that our body parts, such as our eyes, ears, brains and hearts, have a purpose. Wouldn’t it then make sense that the individual, as a whole, also has a purpose?

God, the All Wise, did not create us to simply wander aimlessly or to only fulfil our basic instincts and desires. Rather, we have a higher purpose – to acknowledge and worship God alone, so that we live upon the guidance of our Creator. This guidance enables us to live a successful and blessed life in all aspects. This includes personal acts of virtue like prayer, as well as beneficial acts to society, like being good to one’s neighbours, supporting one’s family, honesty, and caring for animals.

God forbids us from worshiping anything else (e.g. statues, the sun, moon, saints, priests or even Prophets). He does not need any partners or intermediaries. Everyone can always worship God directly.

God describes this life as a test, and people are tested in different ways. We cannot control what happens to us, but we can control how we react. Patience during adversities, and gratitude for blessings, are a means of getting closer to God and attaining eternal Paradise. We are also warned of a terrible punishment in Hell if we choose to disbelieve and ignore His commands.

The test of one’s faith is in using one’s intellect to contemplate and recognise God’s signs and live according to His guidance. This is done by submitting to God’s commands, which in Arabic means to become a “Muslim”.

God, the One and only Creator – ‘Allah’ in Arabic – has made Islam accessible to everyone, regardless of their history, background or present situation. Therefore, anyone can become a Muslim by simply believing in, and uttering the following testimony of faith:

Isn’t it time for you to fulfil your purpose of life, submit to the truth and acknowledge your Creator?

My First Steps in Islam